Competition, change, growth. Family business between longevity and challenges for the future. Concetta Torello talks about it. - TN Torello 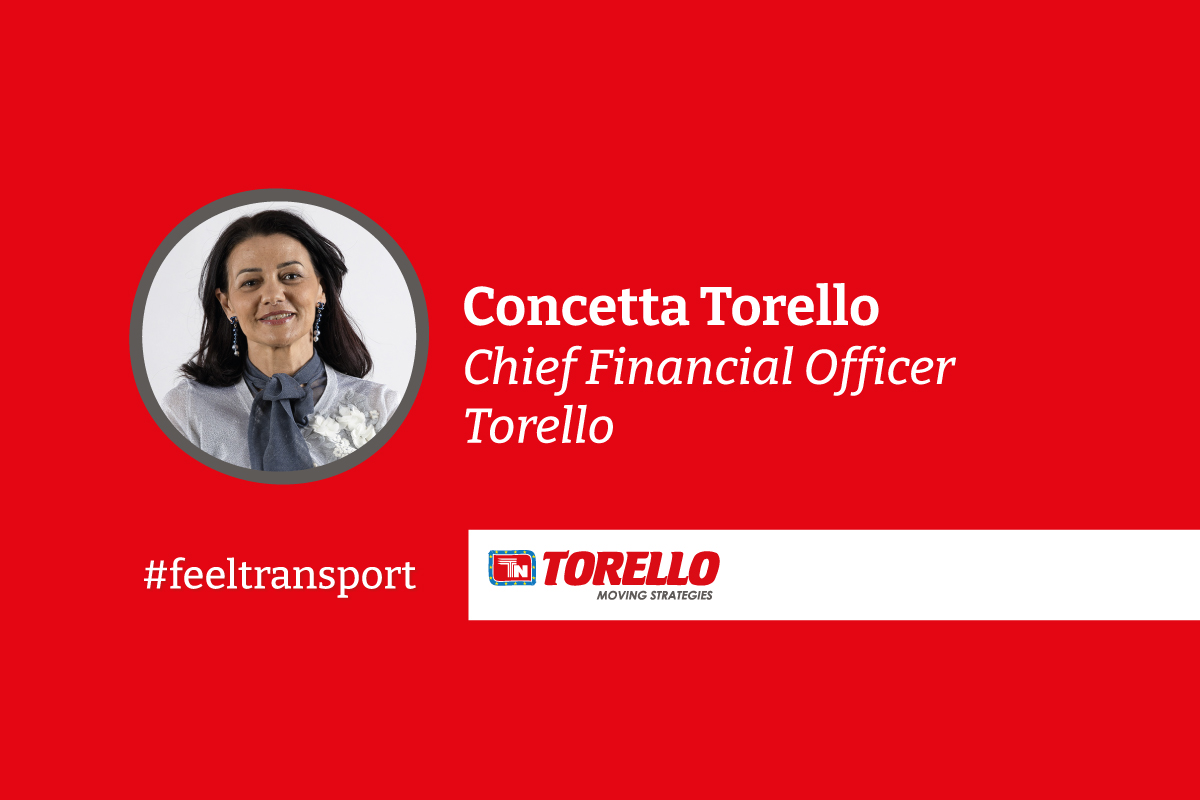 The family business is, in Europe, the skeleton of the entrepreneurial system and represents more than the 60% of the total enterprises according to a report from the European Commission in 2018. In Italy the 93% of the enterprises in the private sector is considered family business because they’re controlled or managed by a family and represent the main structure of our economic system.

“A clear position where we can express ourselves for many years”. This being said, Concetta Torello – Chief Financial Officer, is surely the most suitable to talk about family business. Let’s try to talk with her about some questions that are raised by family companies.

Yes, especially in our sector where until mid-nineties, most of road transports was made by small artisanal realities, the so-called “padroncini”. The owner coincided with the driver of the vehicle who made the distribution activity personally and had even the accounting and administrative management of the company. These are stories like ours.
But at the start of the first years of 2000, with the increasing demands in transport, even thanks to the boom of e-commerce, a lot of these small realities managed themeselves to be more structured, others have suffered a downsizing, a lot kept being strongly committed to the territory and the social fabric in which they were born. We were able to put down roots even in Europe, participating to the growth of the territory where we decided to do business in order to stay. Stay here, in Montoro.

But today I prefer to look at these percentages from another point of view, the one of collaboration. Thinking about the daily challenges we face at a global level, it is necessary to give more space to this subject.

Family businesses, as ours, have always established great relations based on the founding values of this type of organization and more in general of a family ones. We live in a society strongly interconnected where the numbers of interation between different actors is in a steady growth. Often, in fact, we find ourselves to collaborate with our competitors and share a strong family culture represents a real added value.

Often family companies are accused of being reclutant to change, having troubles to introduce innovations

First of all innovation doesn’t only mean techological innovation but it can be related to organisational and image changes. I can say that the direct relation we have built with everyone makes the structure lean on an organisational level so that innovation can spread, in its widest sense, in a fastest way. If we want to talk about a technological meaning, we can respond with facts. For a long time we have structured in the company a group dedicated to Research and Development projects which came up with, in little more than two yea,s very important projects that are giving us great satisfactions: GLAP and TrailerCOLD BLUE.

So, it’s not true that we are scared of the risk, that we are against the change, on the contrary, we question ourselves everyday trying to deserve what we have created. And I’ll always say it again, with our own strenght. It’s not a case that we’re here for almost 50 years and we want to stay.

Me and my brothers, my father, we all think that our name doesn’t give the right to introduce in the company or gives a role automatically. Carrying out the Torello trademark asks more that the simply fact of having the same name. We are here because we all learned in the field.
Our children and grandchildren have to look at the company as a training gym where they can test themeselves, train, question, try in the field.

The reality we are going forward to makes necessary the help of everyone, as long as they’re people ready to undertake new ideas, from new perspectives.
I always say that once in a while we have to stop and try to take a photograph that gives us the most faithful picture of ourselves bearing in mind that: growth has to be cultivated on ethical values, innovation is the lever for the development, trust in people will pay back every future sacrifice.