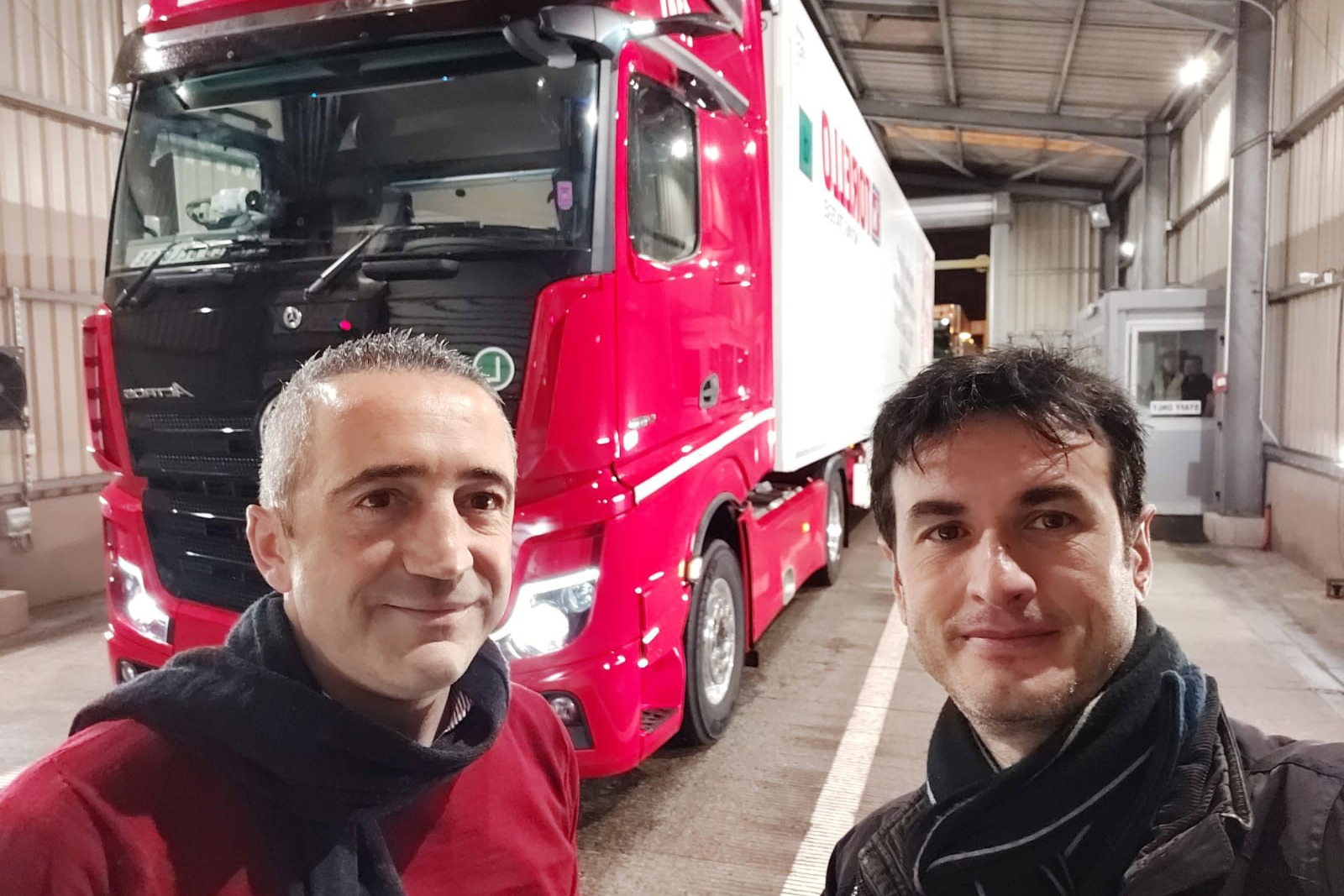 Brexit became official between the 31st of January and the 1st of February That night, we were on our way to the UK; this time alongside Radio 24, with journalist Sergio Nava who travelled with us on 1 and 2 February. We covered the Calais-Dover route, crossing strategic points of the English Channel, whilst broadcasting the programme, with Michele Giordano driving a Torello vehicle. During this trip, a report was made on the post-Brexit consequences with the Calais-Dover-London borders.

Indeed, because aspiring “to play” in Europe always brings about a set of implications that can’t be ignored. As a transport “player” whose presence in the global context continues to increase, it’s essential to follow the developments of the negotiations between the EU and the UK.

The first post-Brexit trip is on board of one of our vehicles, which has travelled extensively in these areas. The story of a crossing, one we’re making via the Channel Tunnel, that we’re experiencing together in this historic moment, wondering how the political borders of Europe will change, what the consequences will be for transport and logistic companies in the international context.

How much business does Torello get from the UK?

Michele Giordano describes the goods flow towards Great Britain along the busy Calais-Dover route: “Torello hasprocessed +62,000* orders, and 8,300 of these orders are to and from the UK. This is 13% of the total transportationwe have been carrying out in Europe. We’re going to board at Calais to go to Dover, this route has been quitecomplicated in recent years: various counter-measures have been implemented.”

The counter-measures that Michele Giordano is talking about refer to the Border Force Accreditation (implemented by the British Government) which is assigned to carriers: this is part of a solution to combat illegality, and it places us among the companies authorized to enter the United Kingdom.
Given that Torello is one of the accredited carriers, understanding the position of transport and logistic companies entering the United Kingdom after Brexit, holds great important.

What’s changing and what will change?

There’s still a year to go until all the final conclusions will have been made. From an operational point of view, nothing has changed since 1 February. So we’re essentially waiting until the United Kingdom renegotiates its agreements with the European Union.

This website or its third party tools use cookies, which are necessary to its functioning and required to achieve the purposes illustrated in the cookie policy. If you want to know more or withdraw your consent to all or some of the cookies, please refer to the cookie policy. By closing this banner, scrolling this page, clicking a link or continuing to browse otherwise, you agree to the use of cookies.